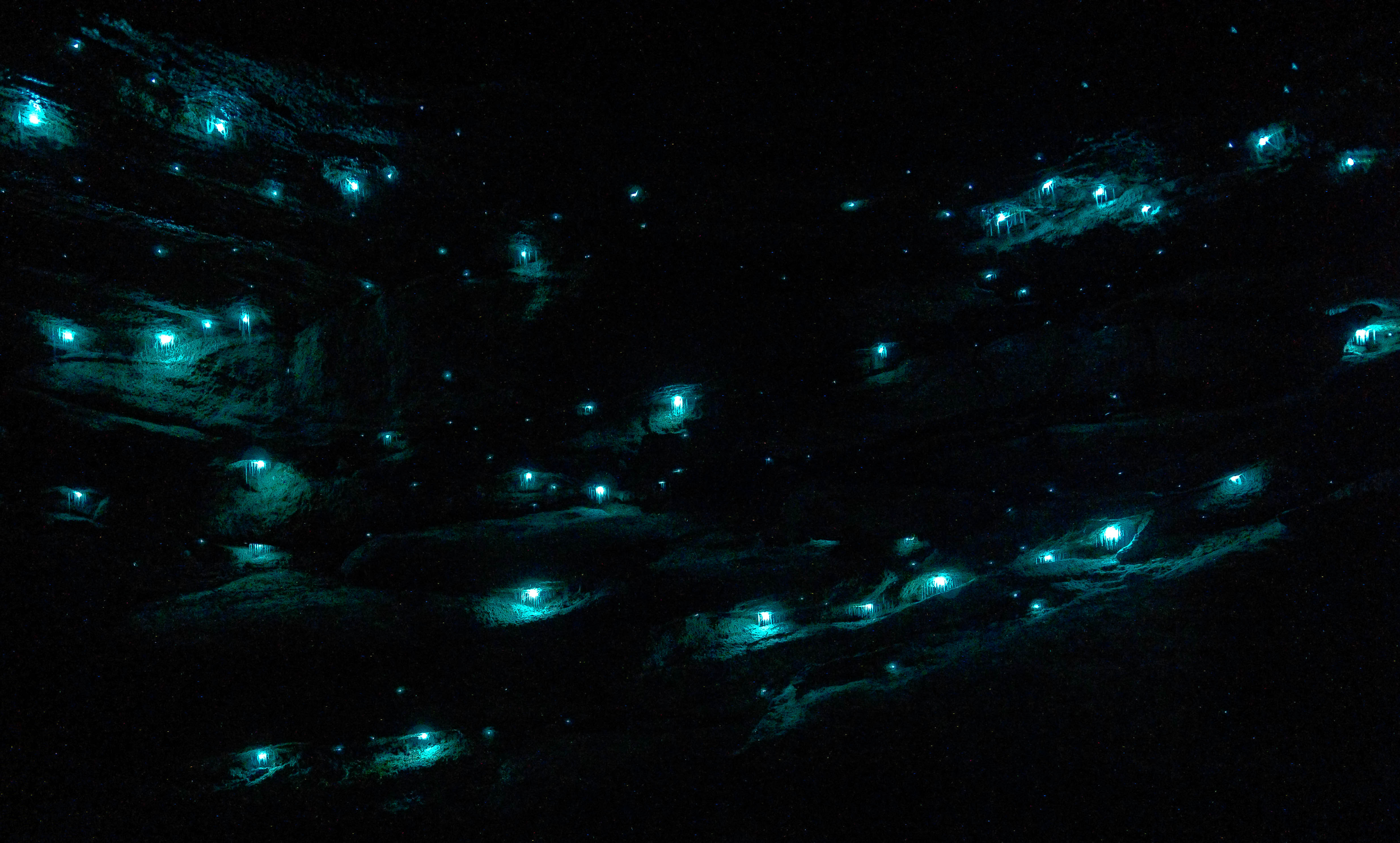 As the evenings draw in and the temperature plummets, we know that winter has arrived. However adjusting to more hours of darkness than daylight can make the prospect of winter feel a little bleak, especially if you can’t get outside to make the most of the short window of daylight.

Festive lights seem to bring streets twinkling back to life, creating a magical atmosphere in the darkest evenings. These displays can seem like a purely human invention but did you know that fish, fungi and invertebrates can also put on a light show?

You may have heard about fireflies who communicate with light signals or strange deep sea creatures that use light to lure their prey. This phenomenon is called bioluminescence and it occurs because of a chemical reaction in the organism. When a molecule luciferin reacts with oxygen, this interacts with an enzyme luciferase resulting in the light emitting compound we can see.

Most bioluminescent organisms are found in the ocean. These bioluminescent marine species include fish, bacteria, and jellyfish, but bioluminescence on land is much rarer. Aside from flashy fireflies, there are other less-well known creatures that emit a glow, including types of earthworm. Globally there are 33 species of luminescent earthworms but most of these are found in Southern America. However there is a kind of worm that can be found in soil closer to home.

In lawns across Southern England keen eyed green keepers have occasionally found evidence of Microscolex phosphoreus, a glowing earthworm which exudes a luminescent slime. Their bioluminescent goo is thought to serve as a defense mechanism against predators.

This intriguing little worm is threadlike and only around 10-35mm long and their populations are sparse, so they are a rare sight. If you would like to go on a glowing worm hunt, you can read more about what signs to look out for in this previous blog post, here.

Did you know that the invertebrates commonly called glow worms are actually not worms at all? Glow worm is the name given to different groups of insect larva and larva-form females which glow through bioluminescence. Larva-form females are wingless adult females. These insects are mainly species of beetle.

The common glow worm, Lampyris noctiluca, is not at all worm-like but is actually a beetle which grows up to 25 mm long. Only the wingless female glows strongly, to attract the flying males. These (glowing) adult females only live for a few weeks, as they cannot feed, so only live to reproduce.  Glow worms can be seen in the UK between June and October and their green glow tends to show up most clearly when the sun goes down at dusk. You can find out more about where to find glow worms in Britain here.

The New Zealand glow worm, also has a misleading title. These creatures have become an iconic attraction in caves across New Zealand and were thought to be a relative of the European glow worm beetle. However these are actually a species of fungus gnat that dwell in wet caves and other sheltered, humid places, like forests.

Their larva spin a nest out of silk on the cave ceiling and then they hang strands of silk thread from this weave. There can be as many as 70 threads of silk (called snares) from around the nest, each up to 30 or 40 cm long and holding droplets of mucus.

Like all life that glows in the dark, both bioluminescent earthworms and glow worms have an air of mystery, except these exotic invertebrates can be found in Britain, if we look hard enough! It’s hard not to feel a sense of wonder at the thought of these fascinating creatures. So when you brace the cold one evening this winter and see the twinkling festive lights, don’t forget the enchanting light shows that occur in nature! 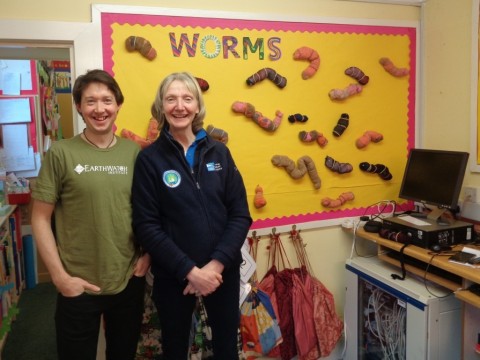