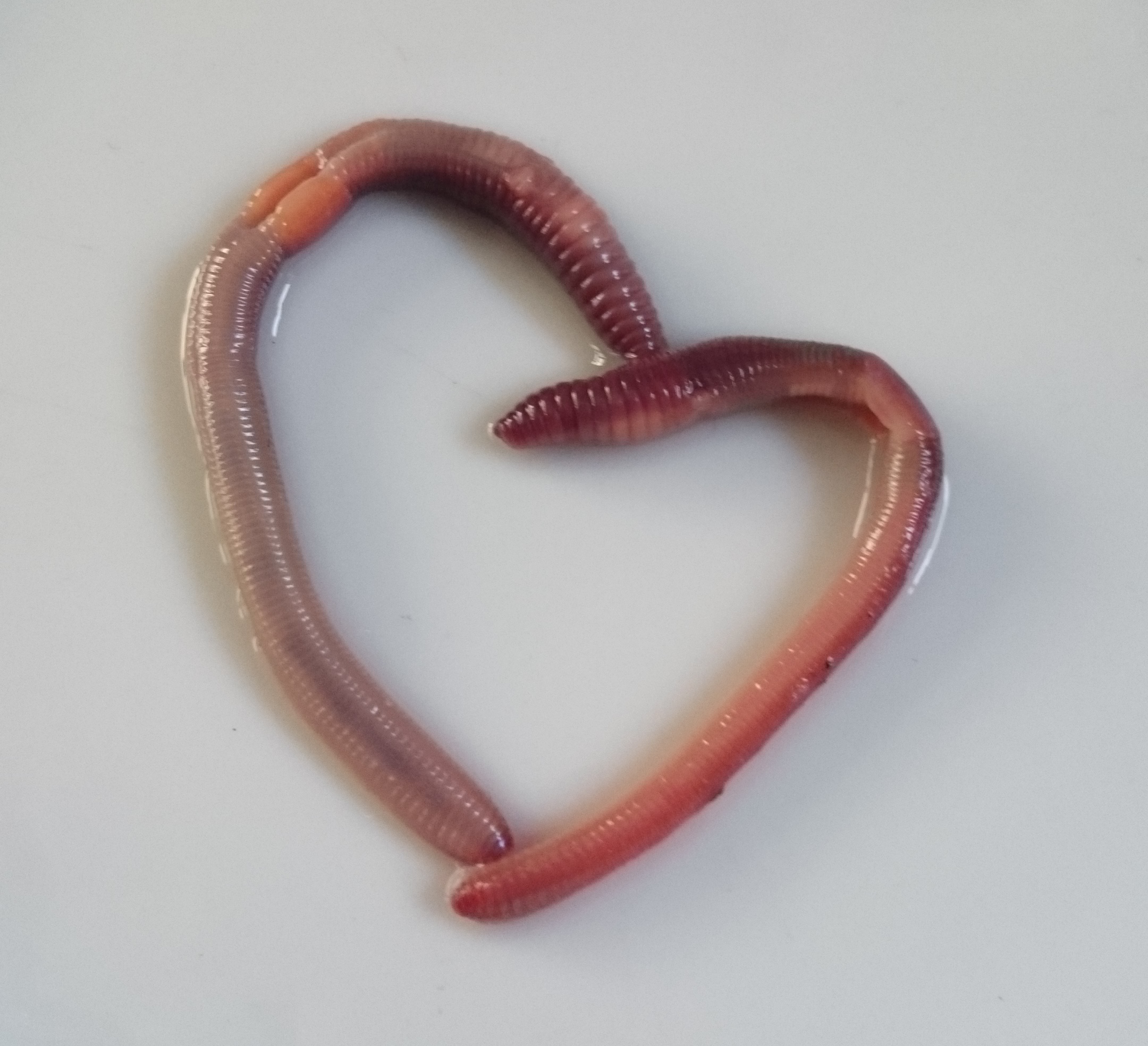 Earthworms are big-hearted creatures whose value to our world cannot and should not be overlooked. Earthworms are well suited for crawling through the undergrowth or within the moist, layered soils beneath our feet, but how do they go about finding a partner to share their earthen world with and reproduce?

Earthworms possess not one but five ‘hearts’ (these are called pseudohearts, but still impressive when compared with your average human or Time Lord). Just like other animals, earthworms need to transport blood around the body to survive. Because of the challenges that their habitat presents, earthworms have developed an efficient way to move blood around the length of their body, by squeezing their main blood vessel using their pseudohearts. Earthworm blood – unlike that of most invertebrates – contains haemoglobin, a protein in red blood cells to carry oxygen around their bodies.

This network of burrows has another more meaningful role for the earthworms themselves. Curious earthworms will come into contact with others of their kind using this network. The common earthworm or nightcrawler (Lumbricus terrestris), for instance – one of the UK's largest earthworm species – comes up to the surface at night to feed on dead leaves. Whilst wriggling around on the surface they will poke their heads into neighbours’ burrows. Touch is a powerful sense that earthworms use to communicate and acquaint themselves with one another, as their eyesight is poor. Once an earthworm has found another, the process by which they reproduce is astonishing, as described and filmed in the BBC series David Attenborough’s Life in the Undergrowth.

Earthworms are hermaphrodites, meaning they have both male and female reproductive organs. During earthworm sex, both sets of sex organs are used by each earthworm. To copulate, amorous couples pair up head to tail. In this position, the earthworms excrete so much mucous from the clitellum (the thickened band found on adult earthworms), that what is called a slime tube forms around their bodies. Each earthworm ejaculates sperm from special sacs called spermatecea into this slime tube. The process of exchanging sperm can last for several hours! A study also found that earthworms may court each other by visiting each other's burrows, sometimes up to 17 times!

If all goes well, the eggs of both partners become fertilised. Once completed, the sticky structure is shed into the soil where it dries out as an egg capsule. In time, a young earthworm will emerge. Deep-living earthworms lay between 8 and 12 egg capsules a year which, given they are invertebrates, is much lower when compared with other groups, such as insects.